Love is a many-splendored thing, and especially in today's world, it's also a complicated one. We're at an unprecedented moment in society where soulmates are a swipe away, texting is common courting protocol, and date nights are shared on social.

How is a rapidly-changing world affecting how we love?

We polled over 1,000 respondents to better understand the state of relationships in 2019. What issues are modern couples up against? Does each generations handle its problems differently? And what daily luxuries would today's average person be willing to give up if it meant fixing their relationship?

Some findings surprised us, while others straight up delighted us. Here's what we learned about love in 2019:

Couples stress about money more than anything else; other issues like politics and phone use vary by age

Some things never change: Money and jealousy are issues for couples across the lifespan. But for other hot topics, such as screentime and politics, generational gaps start to emerge.

Here are the top relationship issues that couples face today:

Money: A top concern for couples of all ages

Frets about finances are the #1 issue for all age groups, with almost half of polled individuals ticking that box as an issue in their relationship.

“Money is an age-old issue that can drive a wedge between people," says Elizabeth Greene, a therapist in New York City who specializes in couples work.

"Sometimes that’s because individuals have different perspectives on the value of money or on what types of spending should be prioritized. Other times, people argue about money when their real differences are scarier to talk about.”

And more money doesn't mean less stress about it, either: 40% of couples whose household income was over $100k cite money as an issue in their relationship.

Intimacy: One-third of millennials cite intimacy as an issue

Over one-third (34%) of millennials aged 25-34 say "intimacy" is an issue in their relationship, a higher rate than any other age group.

These findings speak to what social scientists have dubbed the “sex recession,” or the belief that millennials are having significantly less physical intimacy than preceding generations did in their heyday.

Perhaps unsurprisingly, the generation most affected by phone usage is millennials. Nearly 1 in 3 millennials say screentime is a problem in their relationship (28%).

The demographic cohort struggles from this phenomenon (often referred to as “phubbing”) at over triple the rate that Baby Boomers do (8%).

Jen Handler, a therapist in New York City who specializes in relationships and couples counseling, points to issues that may arise from this trend. "Phone usage can be a big problem in relationships, because the person using the phone is signaling to their partner (even unconsciously), ‘I am not interested in being here with you or hearing what you have to say. I would rather be elsewhere.’ This presents a significant barrier to emotional intimacy.”

Greene agrees, adding that while phones can be used to foster connections, they can also put up an invisible, emotional wall. "When individuals engage in a lot of screentime in the presence of a loved one, it can often create distance, and people may end up feeling lonely even when their partner is sitting right beside them."

Politics: Millennials are the least likely to face political strife in their partnerships

Is the pending election tearing couples apart? Not really, according to our findings – only 7% of respondents butt heads over ballots.

That said, not all generations treat politics equally. Millennials are the least likely to cite politics as a problem in their relationships, with only 3% citing this as a relationship issue; other generations, like Gen X and Baby Boomers, face the issue at closer to 8%.

Jealousy: An issue for one in five couples

1 in 5 couples face jealousy in their relationship.

Infidelity: Affects less than one in ten couples

Infidelity is an issue for only 7% of couples.

And of that slim percentage, unfaithfulness might not even be a deal breaker: almost half (43%) of those who said infidelity is a problem in their relationship also report being "very happy" in it.

Most couples ask friends and families for advice; others have less conventional methods of addressing relationship problems

In those times when love isn’t all you need, many couples resort to traditional routes of reconciliation – while others prefer slightly less conventional methods.

Here are ways that today's couples work out their relationship issues:

Nearly one-third of couples ask their trusted confidantes for romantic advice, making it the most common route of relationship reparation.

Taking a trip together: A solution for a quarter of couples

Pack your bag(gage)! A quarter of couples are down to get some distance together in order to sort out their issues. They cited "took a trip together" as the way they address their relationship problems, making it the #2 preferred method for resolving relationship issues.

One in ten 18-24 year olds turn to open relationships (10%). This is a considerably higher rate than even the preceding generation (millennials), who opt for non-monogamy at just 4%.

Drinking together: The relationship repairer for a select few

Though only a slim number of respondents (8%) selected "drink together" as one of their go-to fix its for relationship woes, that's still higher than the amount of people who selected "talk about it" (3%).

Couples counseling: Sought by 1 out of 10 couples

Seeing a therapist to work through issues was the preferred methodology for just 10% of couples.

“I am not surprised to hear that only 1 in 10 couples seek out couples counseling," says Handler. "So many couples see couples therapy as a 'break glass in case of emergency' type of intervention, and they postpone going until the problems have become much more serious and intractable."

In fact, adds Handler, couples therapy is most effective when couples undertake it earlier in the process – "before unhealthy patterns and dynamics become more rigid and fixed.” Could proactively seeking counseling could mean a happier relationship? As we discuss in the next section, there's certainly reason to believe so!

Couples counseling: An under-tapped solution to a happy relationship

Though only 1 in 10 couples see a therapist for their shared issues, those who do also seem satisfied in their relationship.

Most couples say "I love you" within three months of dating; those who say it sooner report being "very happy" at a higher rate

When do most lovebirds hit the milestone of 'fessing up their feelings?

The majority of couples (55%) tend to say ILY within 3 months of dating.

However, there is a split in preferred timing: if couples are not saying it within 1-3 months of dating (45%), they're waiting 5+ months to say the magic words (20%).

The happiest couples are quick to say "I love you"

On the contrary, about half of those who waited 5+ months were "very happy."

Couples are most willing to give up alcohol and Amazon to fix their relationship issues; least likely to sacrifice their cell phones

Given the choice, respondents would give up alcohol, Amazon Prime, and even vacation time for a year before they would their mobile devices (at least, if it meant fixing their relationship issues!).

Here’s what respondents would give up for one year to make their relationship issues go away:

Let’s start with what respondents won’t give up: their cell phones. In fact, people are more likely to relinquish alcohol, Amazon, and even vacation time than they are their mobile devices. Only a quarter of respondents cited they would give up their phones to fix relationship issues.

In addition, respondents were more inclined to sacrifice alcohol over coffee, and Instagram over Amazon Prime, to fix relationship issues.

And even though some couples drink together to tackle their issues, half of participants were willing to give up drinking if it meant fixing their relationship issues.

Other interesting observations about modern relationships

Methodology:
This survey was conducted online within New York by Google Consumer Surveys on behalf of Zencare between July 30-August 2, 2019, among 1,015 U.S. online adults aged 18-64.  For questions, please contact molli@zencare.co.

Read Next: More On relationships 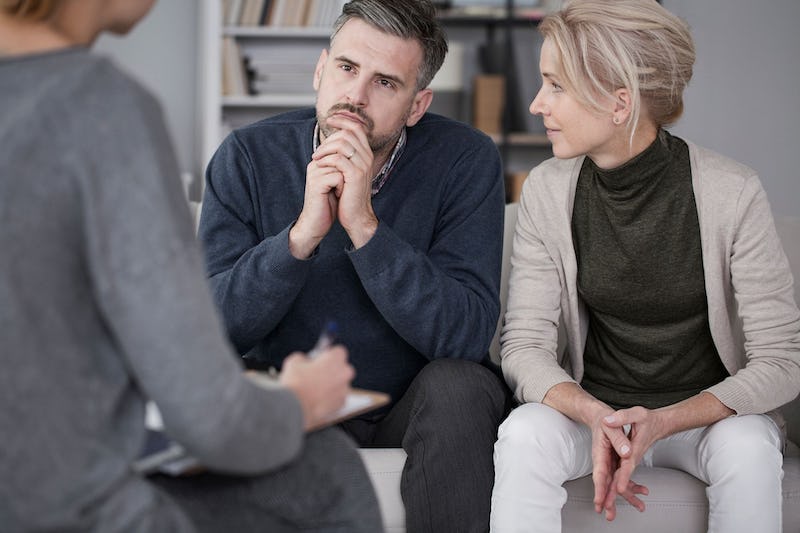 5 Ways Therapists Can Help Heal Your Relationships with Family, Friends, and Romantic Partners

Did you know that therapy is a great way to grow your relationships with other people? Seeing a therapist, even individually, is helpful in healing your relationships, including those with family members, friends, work colleagues, and romantic partners. 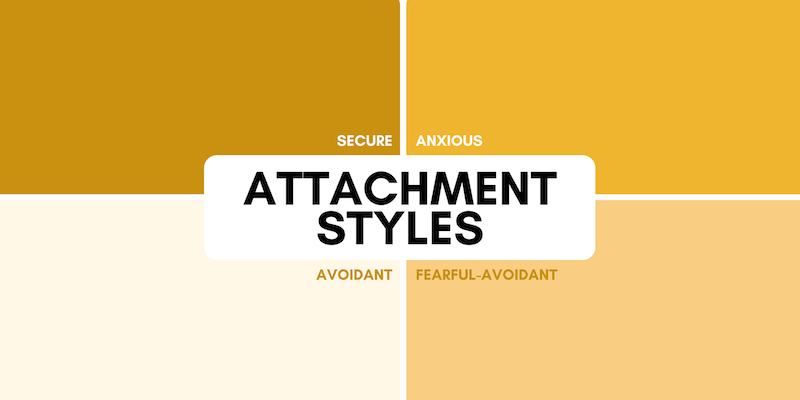 Your attachment style is how you routinely interact, connect, and engage with the people around you. Read on to learn more about the different types of attachment and how they play out across adulthood.

How Your Fearful Avoidant Attachment Style Impacts Your Relationships

It’s completely possible to revise your attachment style, though it takes constant practice to learn a new way of connecting with others. The first step, however, is to learn about fearful avoidant attachment style — which is why we’ve answered your questions.