As a private practice therapist, you already have a firm understanding of the importance of providing culturally competent care to the LGBTQ+ community. Your affirmative support is a critical element for clients in the queer community to feel accepted and make progress in the therapy room, just as a potentially non-affirming experience holds the power to thwart growth and cause feelings of isolation.

Learning to provide culturally competent care is an ongoing process, and one that continues to evolve with the times; at the end of the day, this effort is well worth it for the chance to stand as an ally and celebrate and recognize diversity among the LGBTQ+ community. Read on for seven ways you can provide culturally-competent care for members of the LGBTQ+ community – whether they're your own clients or the community at large. 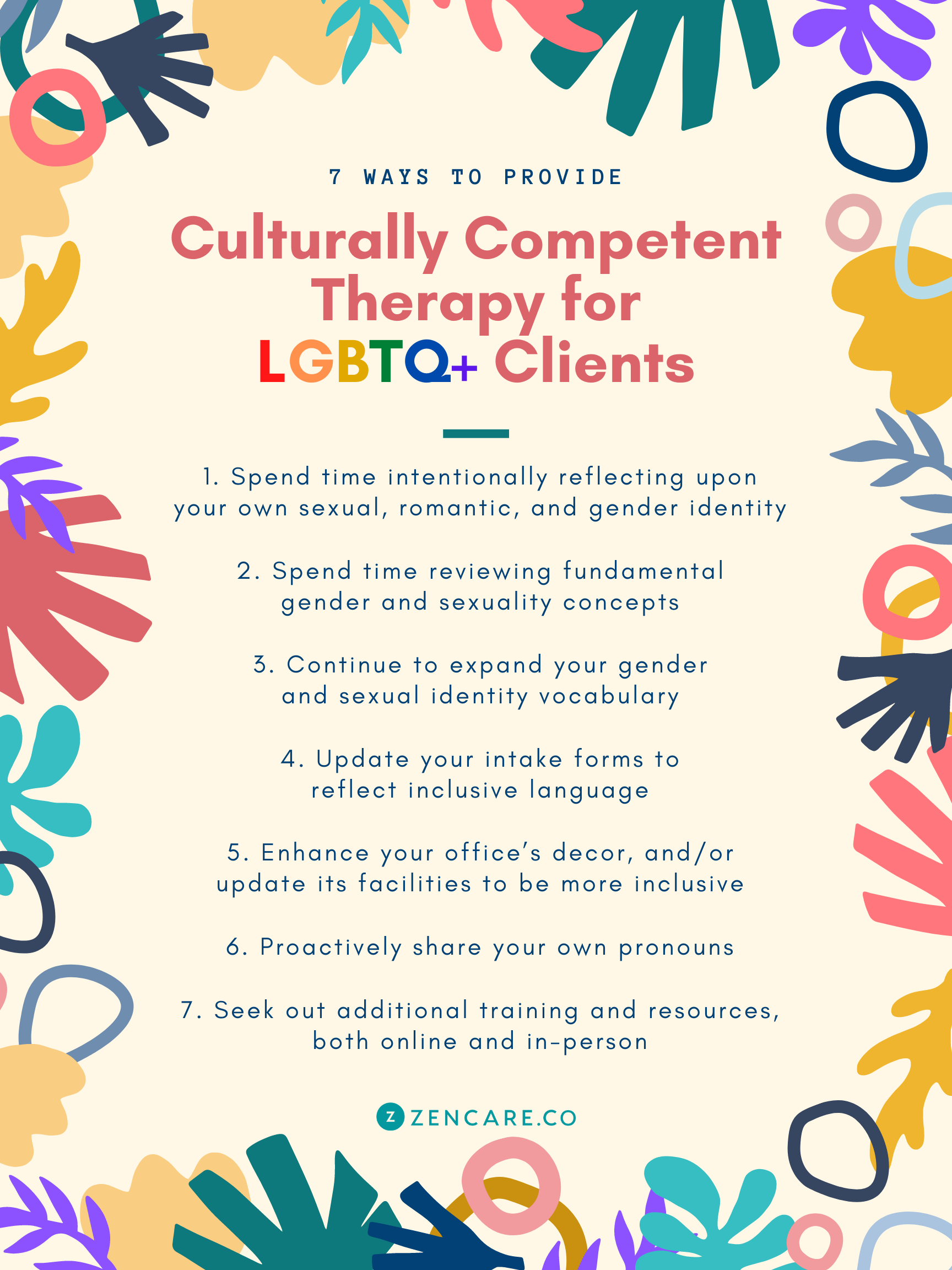 1. Spend time intentionally reflecting upon your own sexual, romantic, and gender identity

The first step to providing LGBTQ+ affirming care is a nuanced one: it's to conduct some “soul searching” about your own gender and/or sexual identity.

Due to social norms and constraints, queer and trans folks are typically compelled to examine their gender and sexual/romantic identities far more often than people who identify as straight and cisgender. This discrepancy in self-reflection can be a primary barrier for therapists to understand and provide affirming, competent care to LGBTQ+ clients.

Much as race, economic status, ability, and other aspects of the clinician’s identity are present and influential in the therapeutic relationship, so too are the provider’s gender and sexual/romantic identities.

Particularly for clinicians who identify as straight and/or cisgender, simply spending intentional time observing your identities as worthy of questioning can help develop a foundation of empathy and inclusivity for queer and trans clients.

Cultural competency is rooted in knowledge. When working with clients from the LGBTQ+ population, make sure you’re not only up to date on fundamental concepts related to gender and sexuality, but you’re also fluent in them. The following are key points to get you started:

You may wish to further research these topics, and possibly discuss with colleagues where appropriate.

Grow Your Practice With Zencare!

We're looking for clinically excellent and compassionate therapists and psychiatrists to refer clients to. We'd love to learn about your practice!


3. Continue to expand your gender and sexual identity vocabulary

As with any research you conduct as a provider, it's crucial to remember that behind these labels are people, full of complexity and humanity.

There are many ways to make sure your clients feel comfortable both before and during session. In intake forms, consider including some of the following voluntary questions:

Note that this is not an exhaustive list, and when determining which questions to include, it can be helpful to ask yourself, "Is this information about my client relevant to our therapeutic work?"

5. Enhance your office’s decor and update its facilities to be inclusive

It can also be helpful for clients’ identities and needs to be reflected in the physical space of therapy.

Ask yourself, what small but impactful changes can you make to your office to make it more inclusive? For example:

Put yourself in your clients’ shoes so you can spot other opportunities to make them feel welcome. 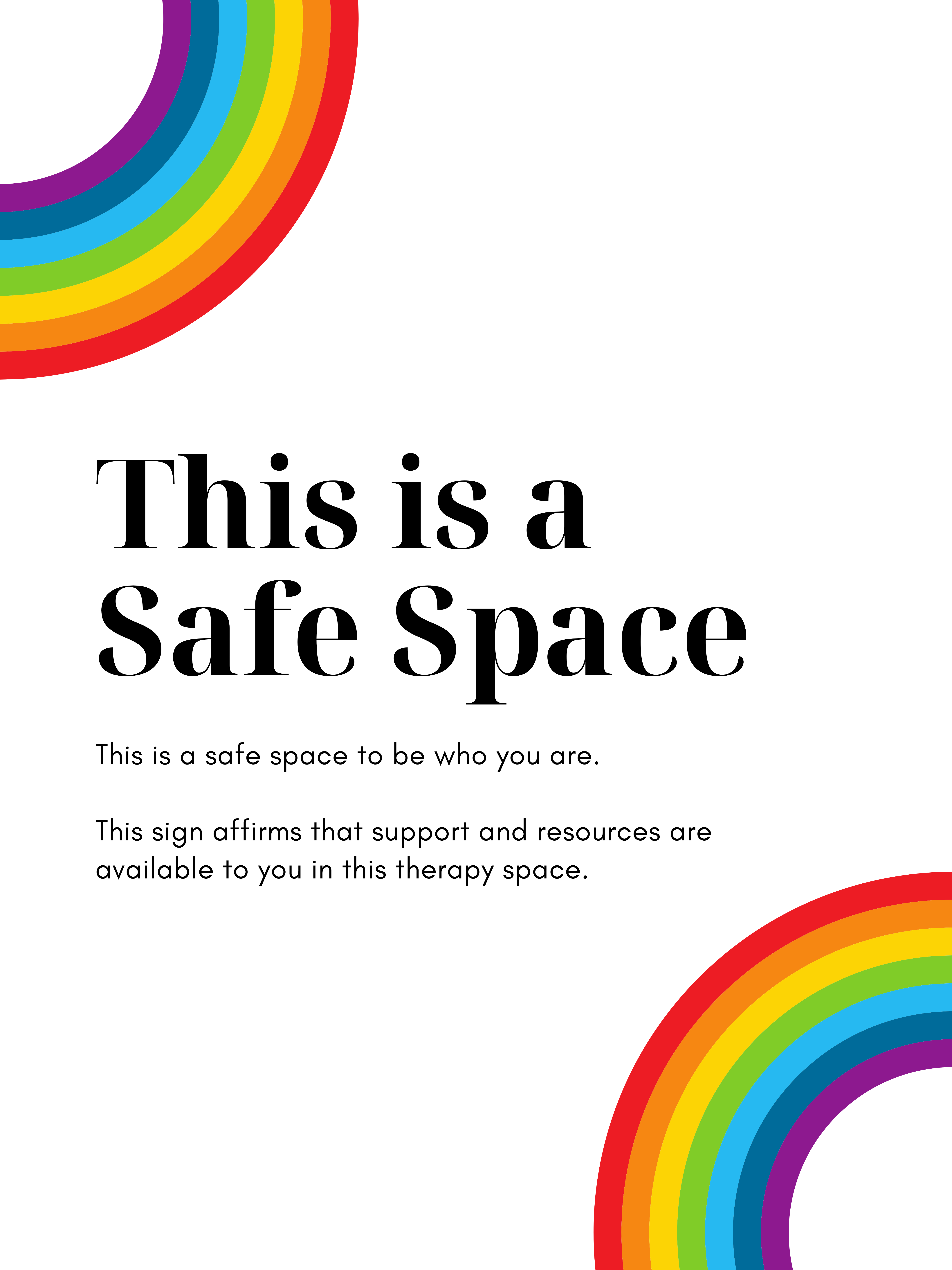 Proactively sharing your pronouns is a powerful tool for cisgender allies to foster safety by normalizing accurate pronoun usage, without assumptions.

Consider adding your pronouns to:

Adding your pronouns is a sign of mutual respect for both clients and colleagues, and sets the tone for an inclusive environment.

7. Seek out additional training and resources, both online and in-person

There are many, many people and organizations working to educate the public about gender and sexual diversity! Take advantage of these resources, and share them with your colleagues.

Below is a short list of resources to get you started:

You can also do research for organizations in your area, or ask colleagues for recommendations.

Your office is a haven for clients, including members of the LGBTQ+ community. By taking these small but impactful steps, you can convey the message – without having to explicitly, verbally state it! – that all aspects of their identity are not only accepted, but also respected and warmly welcomed. 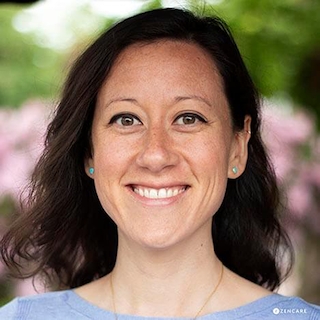 Kate Stewart is a Clinical Psychologist who specializes in working with college students and adults across the lifespan. She particularly enjoys working with members of the LGBTQ+ and POC communities.

Read Next: More On private practice 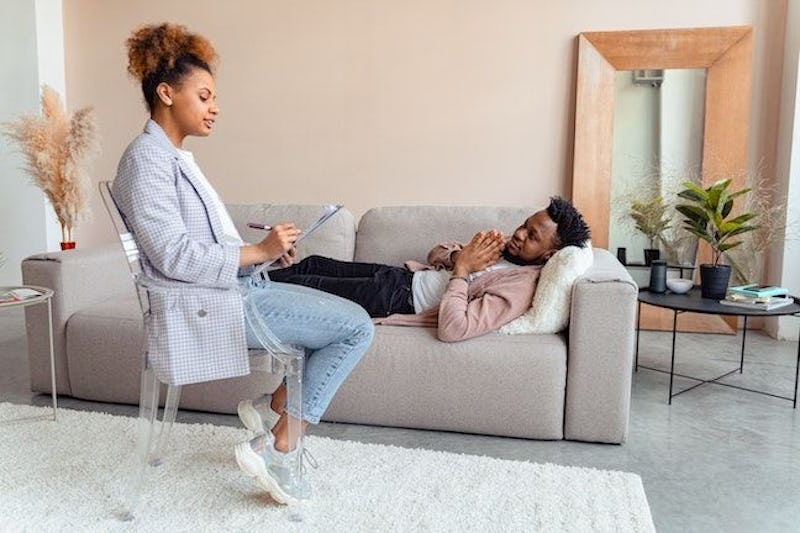 11 Ways to Get More Therapy Clients in Private Practice

Extra space in your schedule has financial implications for your business. This can lead to stress and even burnout. If your caseload is lighter than you would like, how can you get more therapy clients in your private practice? 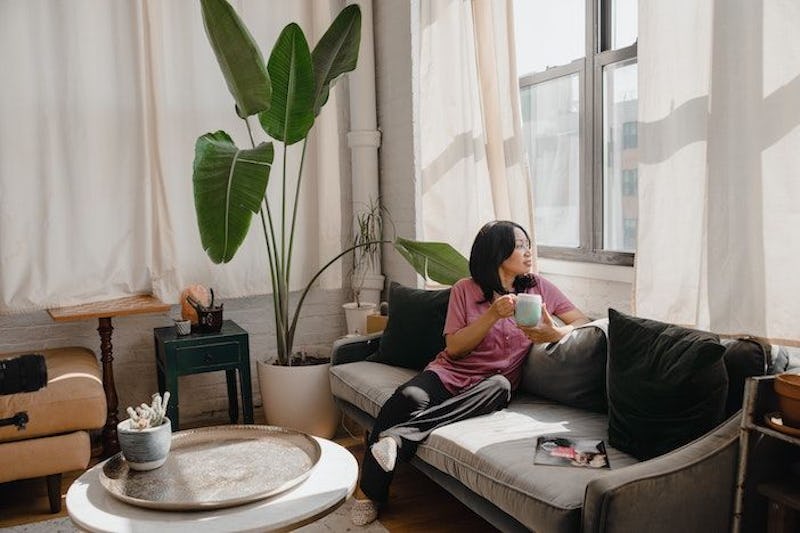 You’re fully licensed, have great experience supporting clients, and are ready to start your own private practice. It’s been your dream for years now, but how do you actually build a private practice? Here are 9 steps to take to ensure that you’re setting yourself up for success. 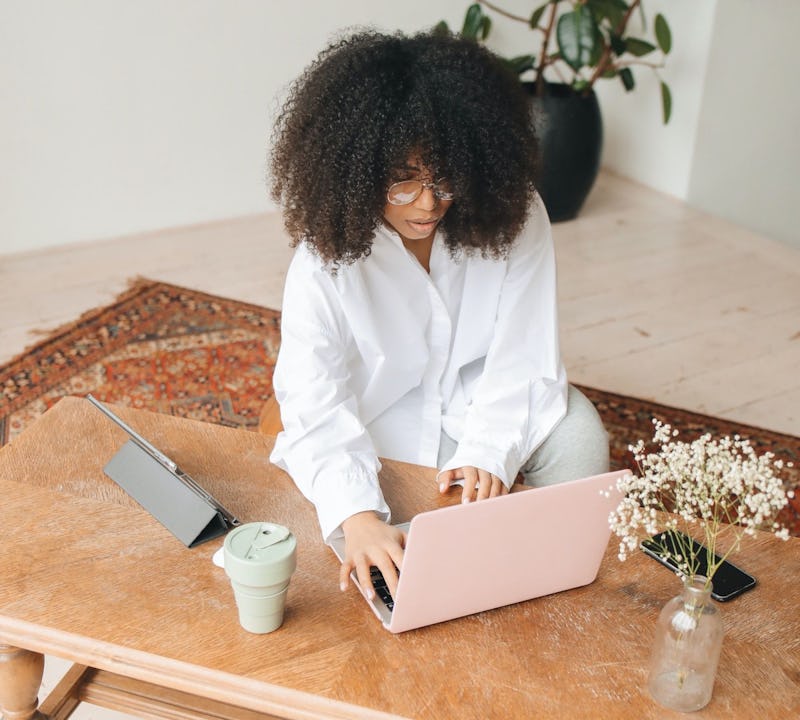 Looking to add a new state licensure as a social worker? This guide will show you how.